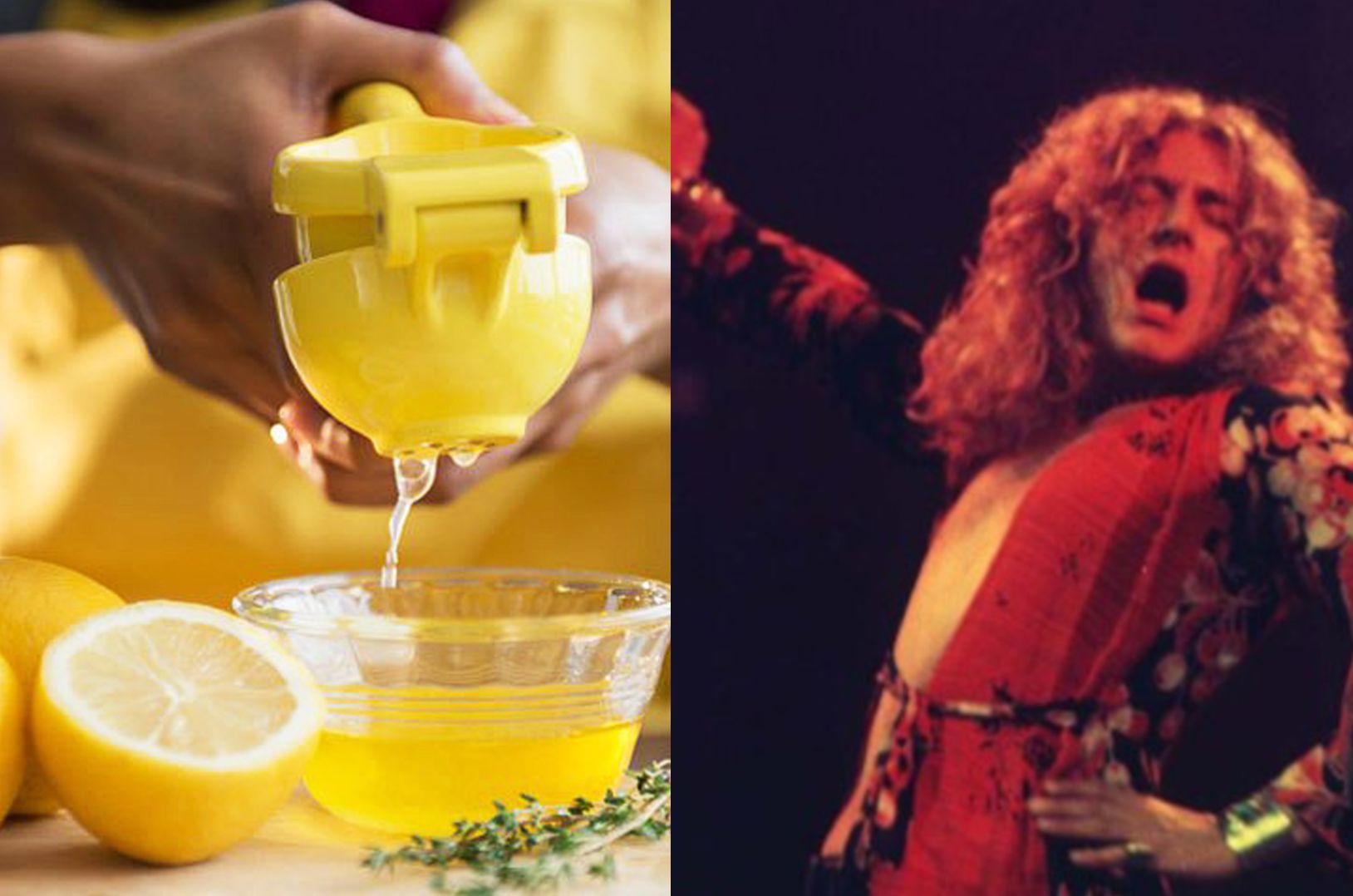 “Squeeze my lemon until the juice runs down my leg,
Squeeze it so hard I fall out of bed”

These the once innocent words sung by Robert Plant have been featured on many songs by Led Zeppelin, including “Travelling Riverside Blues” and of course, from Led Zeppelin II, “Lemon Song“. The words always hinting at some sort of sexual encounter in the morning, taking place in bed with the lemon symbolically taking place of his “flesh zeppelin”.

Listen To “All Of My Lemons Love” on Cottage Country Vol. 5 mix!

Well, imagine the shock of Led Zeppelin fans, today, when it was revealed in an exclusive interview with cottagemixtape.com that Robert Plant was not speaking in metaphors but was in fact singing about real lemons. “Those were different times,” explains Robert Plant now 71. “Back in the 70s it was all about experimentation. Not just about musical experimentation, but sexual experimentation as well. It wouldn’t be that crazy for any fruit or vegetable to make its way into our music or into the bedroom.”

More Stupid, Made Up Stuff:
The 6 Most Misheard Lyrics in Rock And Roll
Happy “May The Fourth Be With You” with these 4 Freddie Mercury / Star Wars Memes

Adding, “that’s what people seemed to always get wrong. The fish story is simply not true… but yes there were lemons.” Plant hopes that the revelation will not sour his relationship with fans. Now that he has come clean that, he hopes that “we can move forward” and reminds his fans to “please stop throwing lemons on stage”.

However, there are many unanswered questions: why was she squeezing lemons onto his leg? Why did it cause him to fall out of bed? These are question perhaps better left unanswered.

When asked for further comment, Robert Plant would not reveal whether citrus fruits were still making there way into the bedroom. But to Robert Plant, we salute you and your zest for life.

‘Lemons’ not a metaphor! simply a case of “Communication Breakdown” as featured on Cottage Country Vol. 8!