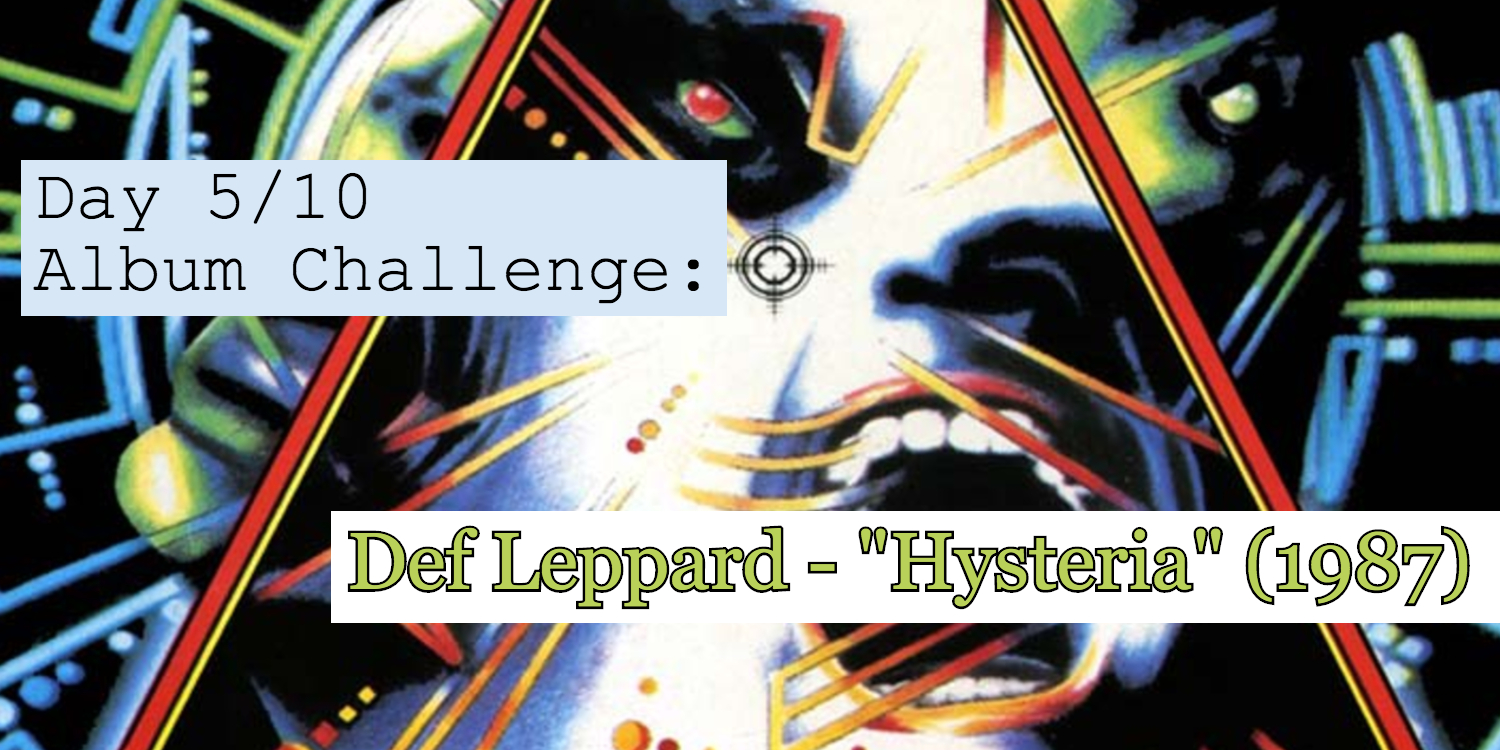 “Hysteria” (rather prophetically) caused mass hysteria in the Rock/Metal/Pop world when it was released back in the 80’s and was huge influence on me and the Cottage Country Mix. “Hysteria” was one of the first cassettes I ever owned and I played it so often, that it eventually got stuck inside my radio’s tape deck and wouldn’t open (I know 80’s problems).

“Hysteria” stuck with me, as well, when I first started DJing. It was more dancefloor / dj friendly than most rock records (even from that era). For all its big hair, rock guitars and vocals on the surface, underneath were keyboards and drum machines, sequenced together which the rock and roll world had not seen, in that way, before. So, I would find some electro, techno, house or even hip hop records to mix with it (really) and with it’s steady beat you could mix them with relative ease (if the party permitted). So, naturally when I started compiling Cottage Country, which is all styles of rock mixed together, it would find its’ way onto the mix being a natural fit.

As an album it produced seven singles (out of twelve songs), so the album itself is still very listenable (all the way through) and was featured, as well, on our Put it on, leave it on – Essential albums. Of course, the songs in hindsight are a little silly which never totally occurred to me when I was 10 years old. “Pour Some Sugar On Maaaaaa'” (“one lump or two” geez). Also, “and I want, and I need… animal”. What the hell are you talking about? But its all in good fun. Those arena style vocals, which everyone tries to “echo” as it where, when they to sing along with breathy incantations. However, its hookey-ness is undeniable, resist trying not to sing along in arena voice.