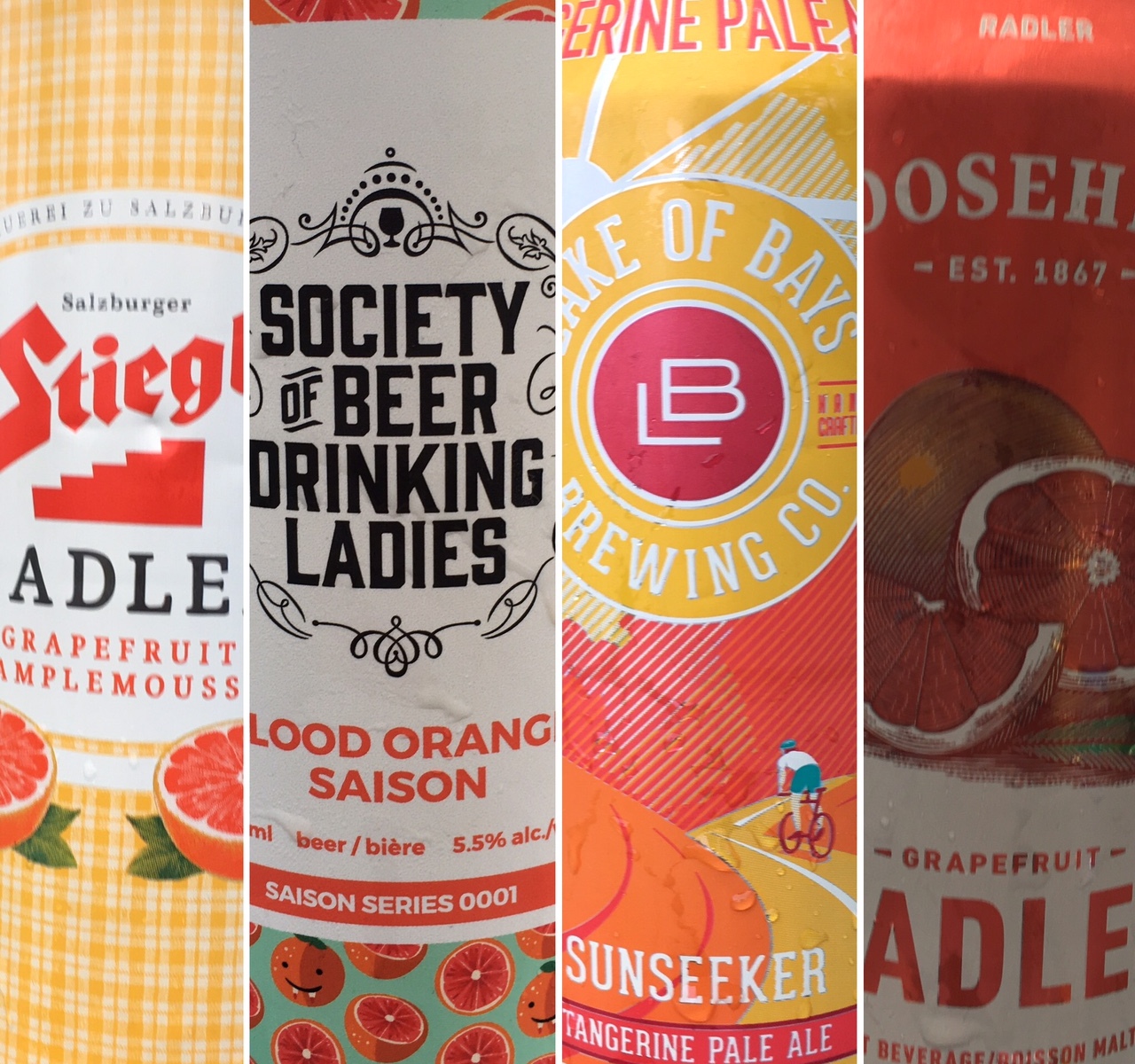 Summer is here, so with that comes the onslaught of citrus beers, ales and radlers of the citrus variety. From Grapefruit to Blood Orange we tried four varieties of beer available in Ontario to see which ones have the squeeze on things.

Made by Lake Of Bays in Muskoka, the Sunseeker Pale Ale was our first citrus serving of the day. Citrus was prevalent, with rind highlights but only super subtle undertones of tangerine. So, subtle IMO I had some problems tasting it, not the same for my camp-anion. We agreed it was a little bitter end to end. So, for those who like their beer on the skunky side you may enjoy it. For us it was just ok.

From Moosehead, Canada’s oldest independent brewery, we get their take on the Radler. I don’t think they are growing grapefruits in St. John’s but this is delicious! A smooth, easy drinking grapefruit radler, where the beer and the juice nicely harmonize. Not overtly juicy, nice and balanced.

I know radlers are half beer, half juice. This tastes like all juice. It is no wonder considering how low the alcohol is (2.5%) but really I feel like you could drink this all day and never feel the effects of alcohol nor the taste.

Finally, we come to the Society Of Beer Drinking Ladies – Blood Orange Saison a limited edition from the Henderson Brewing Company. It was a delicious combination of bitter rind, that evaporates into a champaign-esque effervescence. A taste that keeps you coming back for more. I was surprised how fruity delicious this was for a modest alcohol percentage of 5.5%.

And so it seems like “another one drinks a Moose ” as it ranked highest in our first Cirtus battle. We both though that it tasted really delicious, it wasn’t overly sweet but it really creamy and smooth. As a radler it wasn’t just a whole bunch of juice slapped on top of beer. It had good harmony that didn’t sacrifice the beer.

One Reply to “Beer Review: Battle of The Citrus Beers”