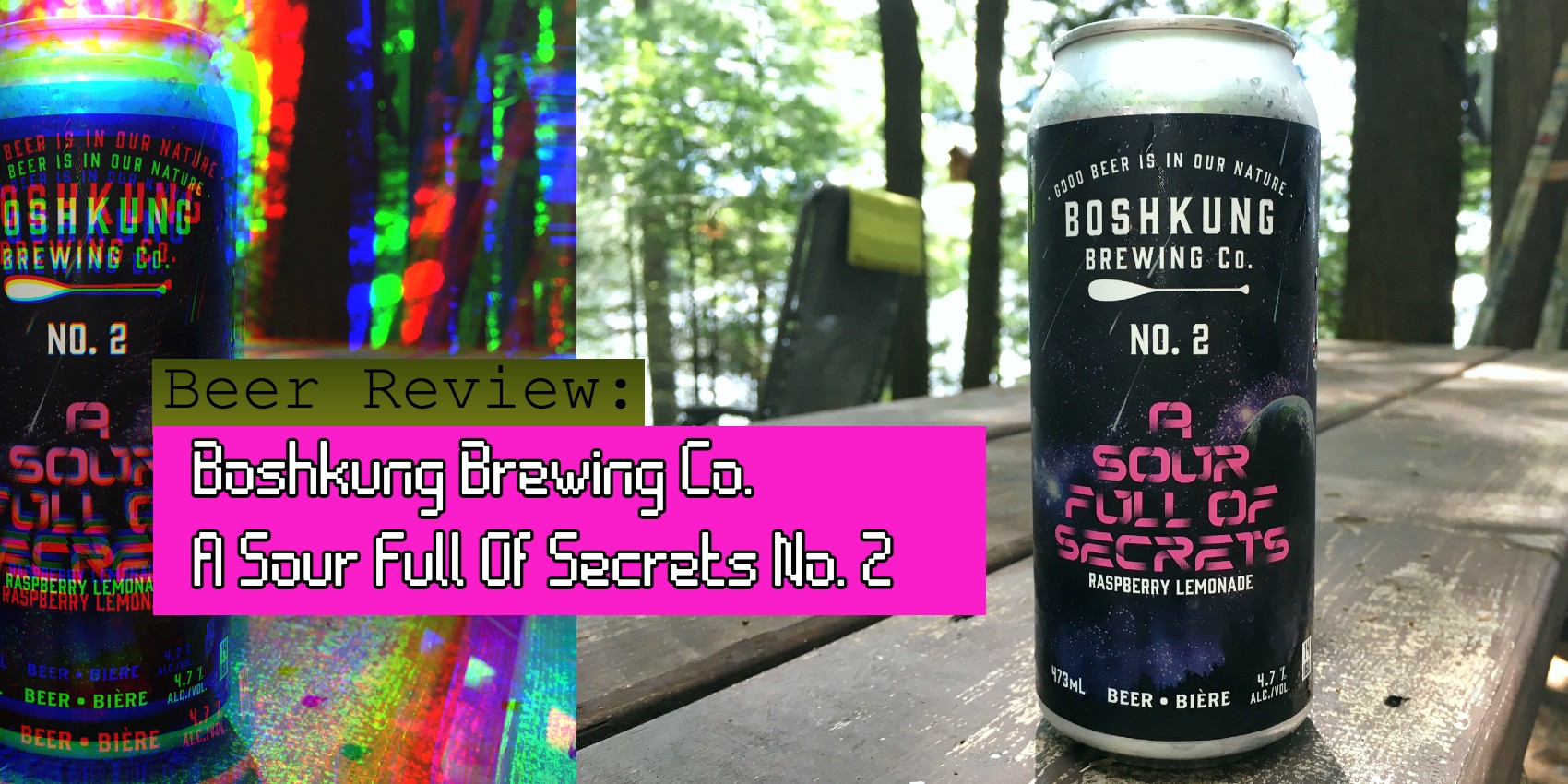 Boshkung Brewing Co. limited series is a nod to Pink Floyd, however it is not all ‘Apples and Oranges’. For this their No. 2 in a limited series, it is a combination of raspberry & lemonade.

Boshkung Brewery is no secret, for those living and visiting Haliburton County, Ontario in cottage country. They are known for their solid lineup of beers (e.g. 35 & 118 Cream Ale, Black Rock Dark Ale) but also for creating unique beers as well. This summer they released a series of limited takes on the ever popular sour radler. It seems that even us beer loving Canadians sometimes desire something that piques the palette a bit. This lineup entitled, A Sour Full Of Secrets, is not only a playful nod to Pink Floyd’s second album “A Saucerful Of Secrets” but is a different takes on the sour: blending natural ingredients to their already locally favoured brews. The result is something different.

For me, their beers are always a staple set when I visit friends in Haliburton during the summer. Imagine my eyes when I spied the title of the beer in the friend’s cooler. Immediately, spotting the musical reference to what is my favourite Pink Floyd album, but to be clear this is not official Pink Floyd beer (like the AC/DC, Iron Maiden Beers). There was only one in their possession but I had to try it and my friends obliged and partook in the review. So, with our cottagemixtape.com Beer Score Card in hand we step inside a UFO to tastes unknown.

A Sour Full Of Secrets No. 2 by Boshkung Brewing Co Review

“Watery. “Wish You Were Beer”.

“Exactly what is says. Sour but delicious. Tart though. Makes your jowls sing.”

A Sour Full Of Secrets #2 received a mostly glowing reception from our camp. If you like sours, then you should like A Sour Full Of Secrets #2 by Boshkung Brewing. It is good to experiment! Experimenting reminds me of a little band I know. The beer itself, delivers a psychedelic sour taste that delivers fun and fruity flavours. It is not exactly for the faint of heart, however, and beer lovers might not dig it. However, sour being the trend these days as beer alternative, it is perfect for a sunny day rather than a “dark side of the moon”. To my knowledge, it is not sold in stores but rather exclusively through the brewery itself. Fortunate enough for those who live in the Haliburton area but not for those who are far away.

‘I just ordered 🍣 records from Japaaan!” And I couldn’t pass on these rock classics. The Damned “New Rose”, Zombies “Time Of The Season” and Procol Harum “Whiter Shade Of Pale” all have been featured on the Cottage Country Mix except “Cherry Bomb” (was holding on to for another cc mix).
Youse a HOser 🇨🇦. bumper sticker from a (now-defunct) antique market.
Stay protected and colour co-ordinated out there on the first day of summer! Even against U.F.phOtobombers.
TBT to these cool Ontario Parks parking permits that have different illustrations for each. Imagine people actually giving a sh*t enough about something as redundant as a parking permit to make something cool.