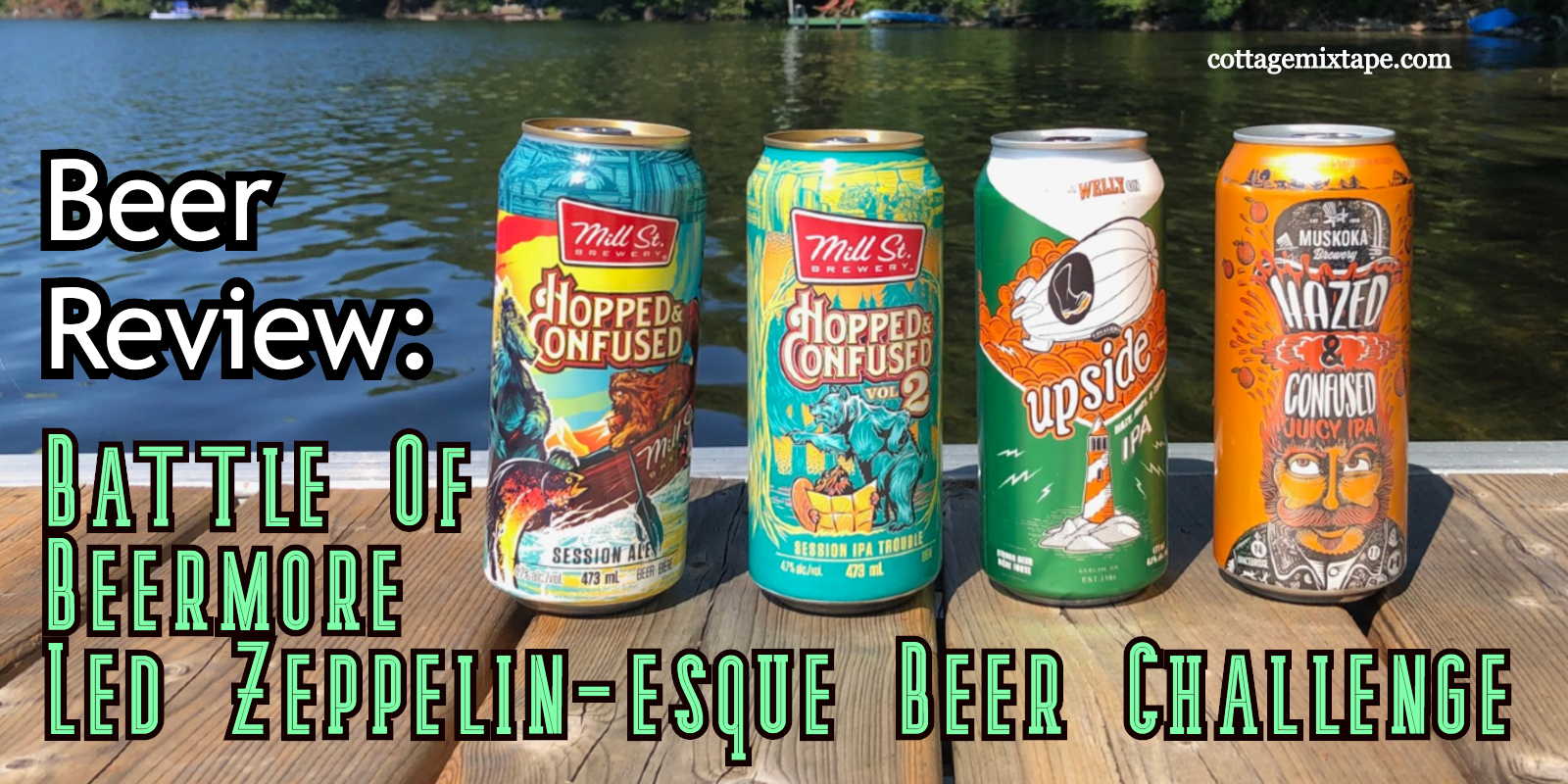 We come from the land of the ice and snow…

… Canada, so it’s only natural to get out in the good weather and enjoy a beverage or two or today, four. And since we have a penchant Rock & Roll as well, why not review some rock and roll “inspired” beers? So today we will try out some Led Zeppelin-esque beers, all from local Ontario breweries, all available this summer. Now, it should be clear these beers are not specifically endorsed by Led Zeppelin, like the AC/DC or Iron Maiden beers we reviewed previously, just inspired with an implied nod to the Hammer Of the Gods.

So today for our Led Zeppelin-esque beer shoot-out we chose:

Most of these are your different take on the Indian Pale Ale, with the first two being described as session ales, but they are definitely in the same realm. A “session ale” covers a wide range of lighter beers with bold flavour, which historically were for British worker’s who had extra time for breaks and didn’t want to get too (ahem) loose. So, unfortunately, a “session ale” has little do to with jam “sessions” (a la Led Zeppelin). Fortunately, they are flavourful so it may be good for your next jam session. Well, we are going to have a little drinking and judging “session”, as it were, armed with our Cottage Mixtape Beer Tasting Card. 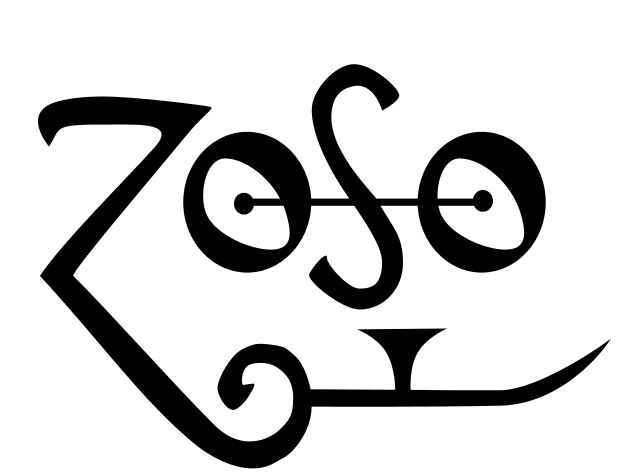 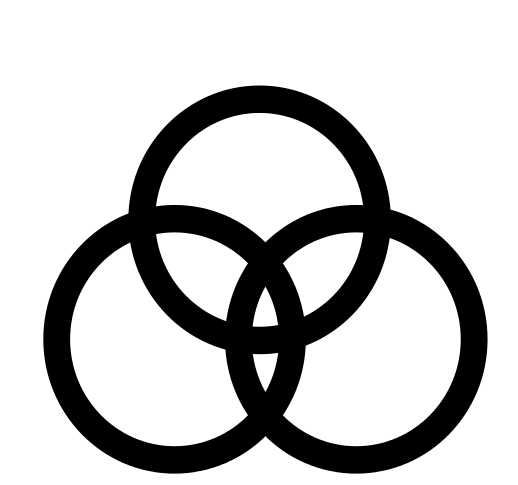 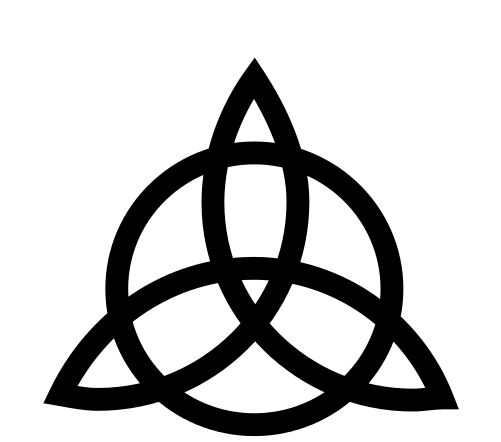 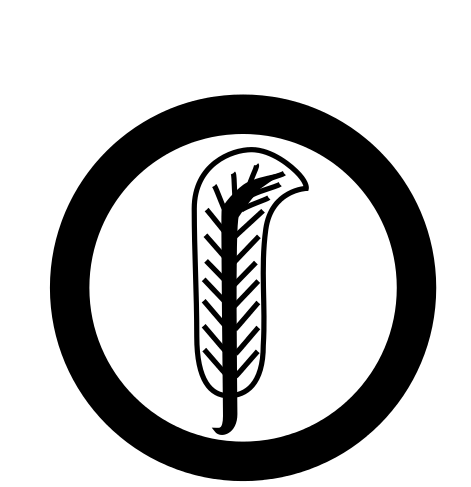 This golden session ale had some universal appeal. I found it to be somewhere between a Mexican Light Beer, like Sol with a lemon but had a rounder buttery-creamier taste and as Lucie described almost like a milk stout in its frothiness.

When Led Zeppelin’s first album came out, it is was lauded by critics as the next big thing in rock and roll but I am sure Jimmy Page was like to the rest of the band, “Guys that was crap. We can do better, let’s come out with… Led Zeppelin II.” And then they went into the studio and knocked out a better album (*a not necessarily true story). But is this the same case when it comes to Mill St. coming through with a sequel to their Hopped & Confused Session Ale? Mill St. Brewery’s Hopped & Confused 2 Hazy Session I.P.A. As our reviews it definitely has a distinguished taste from its predecessor.

While most agreed it was juicy, it definitely had a little skunk to the funk, which left some bitter. Kind of like the song, “Dazed and Confused” (a little bitter).

Perhaps the most decisive among the group, like Zeppelin’ In Through The Outdoor.

Four beers that were arbitrarily lumped together because of some loose connection to a rock and roll band seems stupid but they were actually on the relative same level of taste, I.P.A.’s ranging from creamy to skunky to fruity, all with that ‘Misty Mountain (sour) Hop‘ singing a citrusy “Lemon Song“. But it was Mill. St’s Hopped and Confused that received a “whole lotta love” amongst our tasters with the most favourable review. All were worth trying yourself but we could all agreed that most were only good for a beer or two.

Need some rock tunes with your beer? Check out our latest mix: CABIN FEVER!

4 Replies to “Beer Review: Battle Of The Led Zeppelin-esque Beers”

Stuck at the office before long Weekend? 🤹🏻‍♂️ Released 5 years ago today, Cottage Country Vol. 18 is the perfect mix to get you through the day, including #prince #vanhalen #inxs #kinks #tearsforfears
First camp of the season and these Stooges forgot to bring a tent, beers, ballpark franks or @cottagemixtape
Released 9 years ago today, Cottage Country Vol. 12 had a sun soaked, psychedelic feel perfect for 'day trips' 🍄 with songs by Primal Scream, MGMT, Pink Floyd & more
Metal up your arse! Sorry had to do it. Act of god⚡️